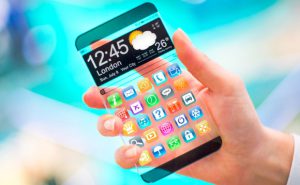 Recently I was speaking with a person who is managing a fairly sizable team of developers that is creating a mobile application.  They anticipate seeing the application launched within the USA in around six months or so. The person explained to me that their biggest challenge to-date is coding for and testing various Java ME versions of their client app which must run on hundreds of different handsets, all with different form factors, and on a variety of different operator networks.  When I asked why they were spending so much energy on their Java ME client the response was that their customer required the client to run on 80% of the handsets in use by consumers today.

If I were in their position, I’d spend more time and energy convincing my customer of the reality that is upon us and leave the Java ME slogging to my competitors.   The mobile application landscape has and will continue to change rapidly in the months ahead, thanks to strong growth and innovation in the smartphone category.   A recently published Gartner study reports that in 2Q09 the overall handset market declined 6.1% while the smartphone category increased by 27%.  If you are currently developing a mobile application or soon will be, here are 7 future proof assumptions that I think you can safely make.

1. You will stop porting and start creating. Moving forward, there will be a small number of highly portable mobile application platforms that really matter, and likely a few more that will be mostly irrelevant except for limited niche audiences.  Its somewhat early to forecast who all will be in which category, but it is likely that the iPhone and Android will be in the former.  From the application developer’s perspective, the good news is that gone are the days in which deploying your app meant building hundreds of different binary Java ME jars and testing them on myriad devices.  There will always be some porting or supporting of multiple app clients (e.g. an iPhone version and an Android version) but in general,  a small number of builds will cover large swaths of your intended audience. Not only does this mean you have a crack at launching a successful mobile application, it also means you will be able to spend a lot more time and $$ in the future on innovating and creating compelling mobile application experiences. The mobile application revolution is just beginning.

2. Your users will have unlimited data plans. Even if you did have a magical “porting machine” that could generate binaries for the vast majority of the legacy mobile devices still in use, you would still face a huge hurdle in that most users of such devices do not have data plans in which they can affordably download and use an application that requires network data services.  In the smartphone category, at least here in the USA the situation is quite different.  Many smartphones are purchased under contracts that require a mandatory data plan.   In addition, many of these phones also support WiFi which the user can take advantage of in addition to the wide area mobile network.

3. The mobile application gatekeepers will be around for a while, but they’re fairly broadminded. Even though it is gated, the Apple iPhone application ecosystem is a “sneak preview” if you will of how easy it will be to distribute mobile apps moving forward.  While Apple’s rejection of apps due to “objectionable content” tends to get a lot of media attention, the amazing number of apps in the store at present and the billion downloads seems evidence enough that its not all that difficult to make your mobile application available on the iPhone.    The gates for getting and keeping an Android application in the  Android Market are even lower. Nevermind for now the fact that the iPhone App Store currently sells 250 apps for every app sold in the Android Market!   Eventually these  gates will disappear altogether, but we’ll save that for point 5 below.

4. The user interface bottleneck on the mobile has all but disappeared. The mobile application UI was painful until the arrival of the iPhone.  Now things have changed dramatically.  The iPhone has proved that a mobile app can actually be a pleasure to interact with. Mobile app creators can safely assume that their target devices will have nice high res color display, an easy to use touchscreen interface with either a QWERTY keypad or soft keypad that makes text entry relatively painless, at least when compared to the multi-tap entry of the past.  Additional hardware features such as accelerometers and locative technologies can also be used to improve the user interface in innovative ways.   It seems that successful mobile speech interfaces will remain effective for the time being, only in tightly integrated application experiences, such as Google Mobile for the iPhone.  The technology and standards required for introducing an integrated distributed speech recognition modality as a generalized application service are just beginning to emerge.

Demo of the speech modality in Google Mobile for iPhone.

5. Rich Internet applications will eventually triumph over native installed mobile apps.  There are a couple of  factors to consider here.  First, the WebKit foundation all up and coming mobile web browsers (iPhone, Android, Palm Pre, etc.)  have in common should not hurt when it comes to writing web apps that run well on the devices that matter.  Second, a raft of new RIA inspired features coming in HTML5 should go far in helping you write web apps that look and feel like native installed apps.  To get a glimpse of what’s coming down the pipe in HTML5 be sure to watch some of the 2009 Google IO presentations.  To be clear, native apps are still important today, and you may very well have to create iPhone/Android apps to kick start your mobile app franchise in the near future.  However, we believe these emerging developments will eventually create a situation in which the complications of authoring and deploying native applications are supplanted by rich Internet apps that really do run everywhere with minimal effort.   Companies such as Appcelerator are already pushing the envelope in this area, and we expect to see a lot activity moving in this direction.

Appcelerator talks about their Titanium platform.

6. De facto exploitation of features that for the most part uniquely belong to mobile. By default your users will expect their apps to fully exploit the unique capabilities of the mobile phone. The mobile phone was a communication tool long before it morphed into a general purpose application platform.   Moving forward people will expect mobile applications to incorporate communication and social media features.   They will expect to be able to leverage their social graph in a meaningful way in any mobile context they happen to find themselves.  In addition, users will expect the context sensing equipment (camera, location, audio, etc.) that is now standard on virtually all smartphones to be utilized by their applications.   Locative app features will abound and be standard fare in mobile apps moving forward.

7. Battery life will continue to be a problem for your users. All of this good stuff does not come for free.  Those bright screens, multiple radios, etc. will very quickly take their toll on today’s portable energy solutions.  Instead of charging their phones up every 36 hours, users will find themselves charging up every 8 hours!  Developers need to be conscious of this and develop their applications accordingly.